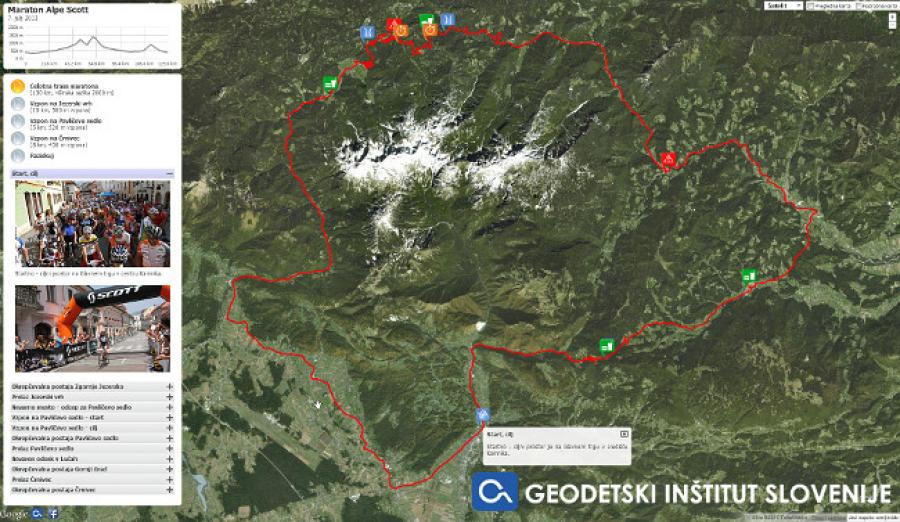 Marathon Alpe, taking place on 7th July 2019, will be the 13th successive road cycling event in the area of Kamnik Alps. The start and finish line of the race is in Kamnik - city center. The course of the marathon is indeed a picturesque one - with 130 kilometres in length and roughly 2000 metres in altitude overall, it embraces four Alpine rivers and three mountains crosses which used to divide inhabitants, languages and cultures. Today, Maraton Alpe symbolically unites Slovenian and Austrian regions.

The racing route extends over three mountain passes: “Jezerski vrh”, “Pavličevo sedlo” and “Črnivec”, which together prove to be a special challenge and true endurance test for all cyclists.

The first part of the route runs through the fields, and it is a starting point preparing the cyclists for the greater effort that starts in the valley of river Kokra. Reaching Jezersko riders can now enjoy a unique view of mountains, over 2000 metres high. The mountain cross ”Jezerski vrh” is the gate to the north and to the region of Austrian Carinthia. Cyclists can experience the downhill ride on a panoramic road leading to ”Železna Kapla”, a small Austrian town close to Slovenian border. Cycling uphill to the cross ”Pavličevo sedlo” brings the most beautiful but also demanding moments of the race.

The route follows an exceptionally picturesque panoramic road running past mountain homesteads to the cross, reaching the altitude of 1400 metres and then descends to the valley ”Logarska dolina”. The downhill ride may be a special experience, getting the adrenalin flowing. Then the route runs through Solčava, Luče and Ljubno where cyclists have a chance to admire the beauty of the valley spreading along the river Savinja. In Gornji Grad racers can take a break and catch a breath for the last uphill ride to the cross Črnivec. The descent from Črnivec to the finish line in Kamnik is 15 kilometres long and offers a beautiful view of the Alps that cyclists have encircled. When it comes to the beauties of nature, magnificent views, picturesque roads and places, nothing in Slovenia can be compared to this particular road cycling marathon. Let the Marathon Alpe become your holiday on the bicycle. 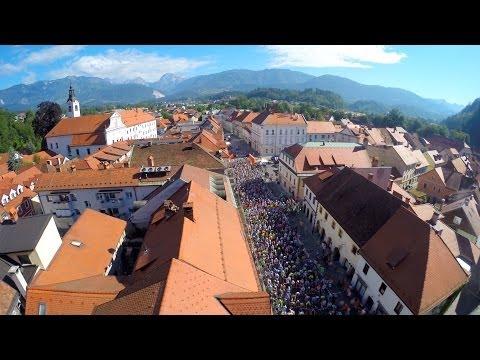